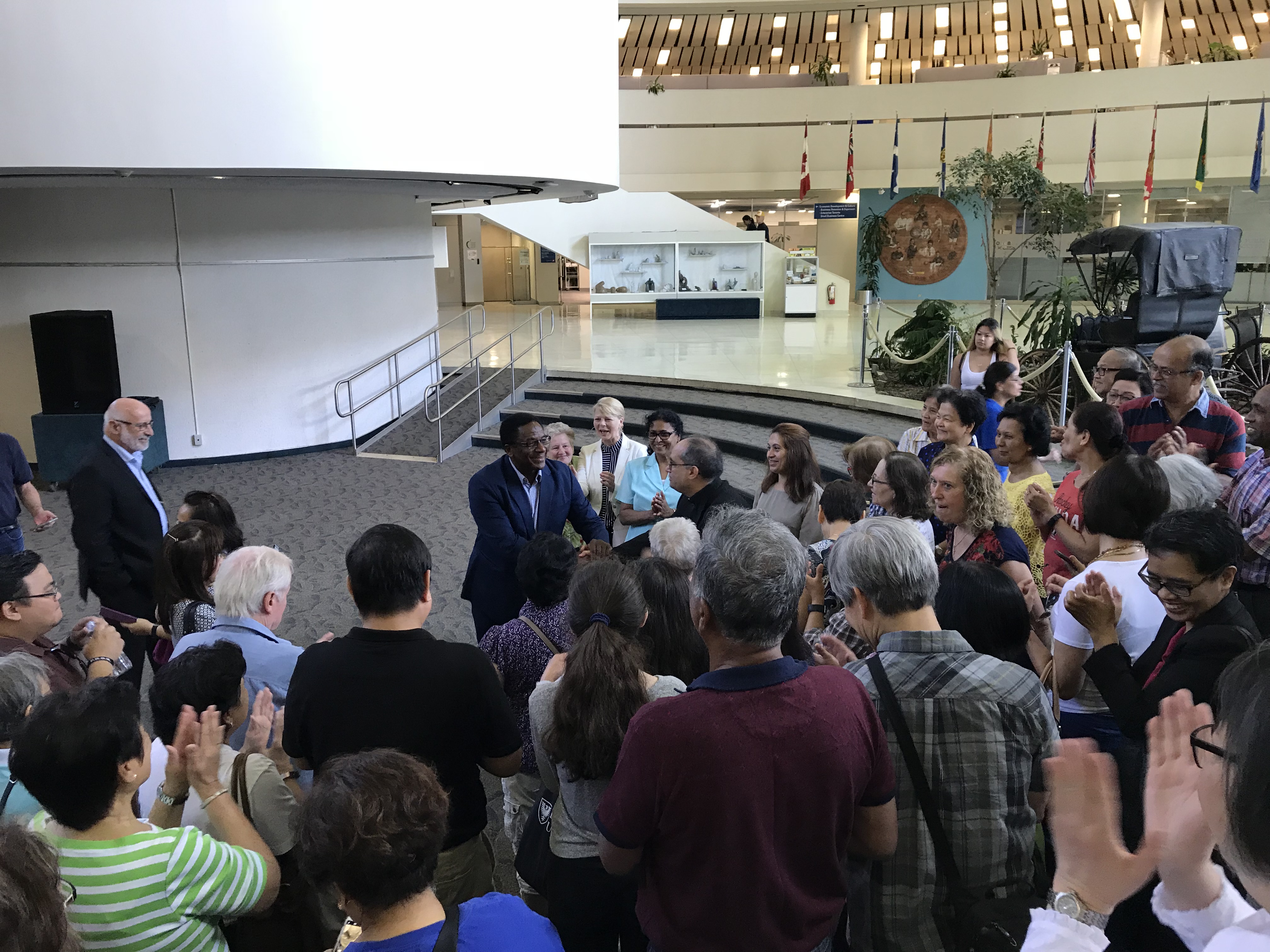 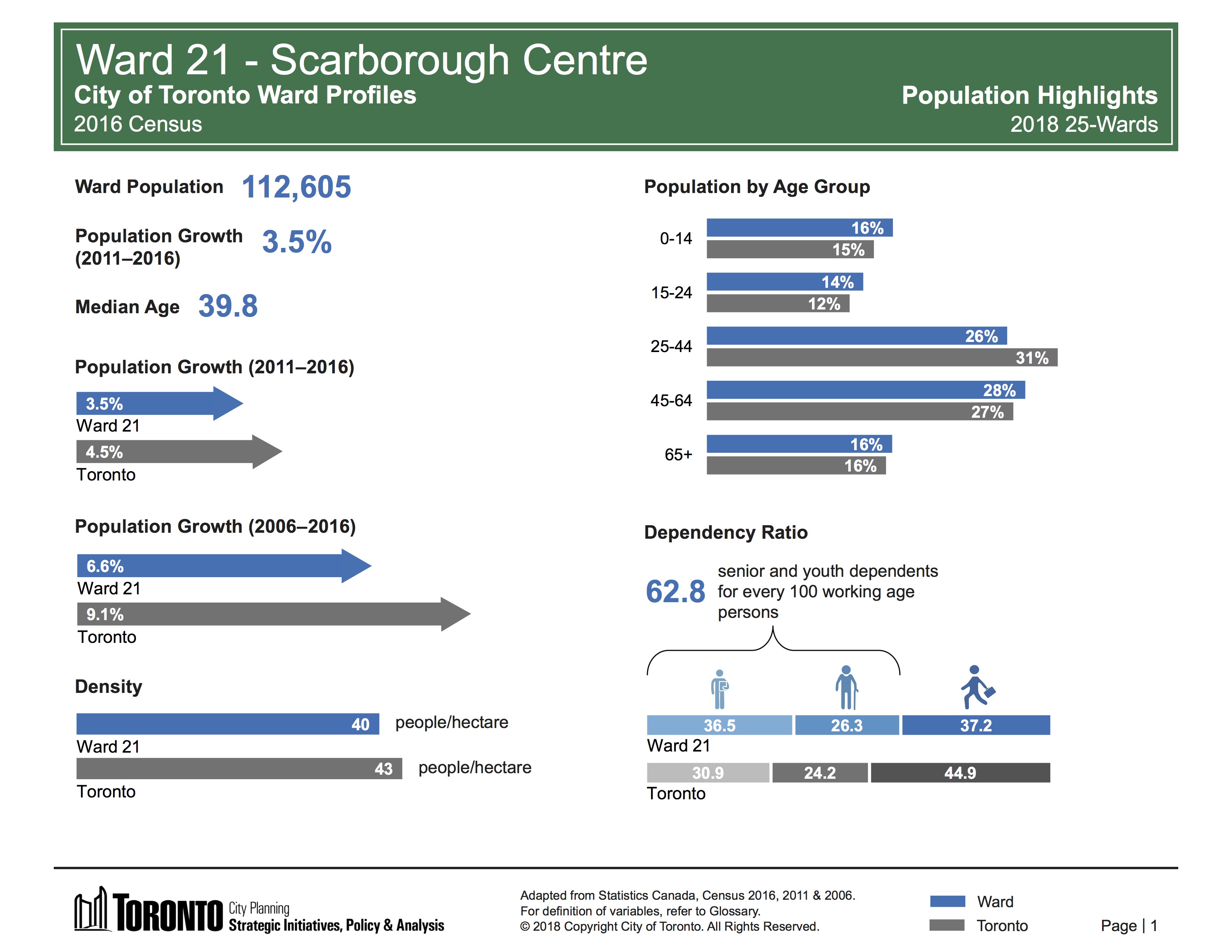 Below you will find some great historical information about some of the neighbourhoods within the Ward. Have a read and you’ll realize that Scarborough is truly an amazing place with a vibrant and special history.  The information on this page has been graciously provided by the hard working members of the Scarborough Historical Society. Please visit them at www.scarboroughhistorical.ca

In the early days of Scarboro’s history many small villages grew up around the major intersections were there was perhaps a blacksmith, a church or a tavern. Such was the case in Wexford. The community of Wexford, took its name from Wexford County, Ireland. Wexford is located in western Scarborough at Lawrence and Pharmacy Avenue, and included the surrounding farm land which ran east to Birchmount Road and south to Eglinton Avenue.

Prior to Confederation, Wexford was little more than a crossroad community of several farms, a couple of small frame churches and a tavern. The community had begun during the 1840’s when Richard Sylvester opened the inn or tavern, known as “The Rising Sun Inn” on the north-east corner of what is now Lawrence and Pharmacy Avenues. The building was later moved to the south-west corner of the intersection but demolished about 1883 when John Tingle built a new General Store on the site. A small blacksmith shop was also located just south of the Tingle general store.
In 1848 the Anglicans of the community built a small white frame church known as St. Jude’s near what is now the south-east corner of Lawrence Avenue and Victoria Park. The local Methodists had already constructed a small log building known as Twaddle’s Chapel, which later became Zion Wexford just east of Warden Avenue on the north side of Lawrence Avenue. Another early church was the Wexford Wesleyan Methodist Church on the south side of Lawrence Avenue just east of Victoria Park Avenue. It was sold to the Roman Catholics and became Precious Blood Catholic Church. It was demolished when the present Catholic Church was erected.

School Section #8 was established near Wexford in 1847. A brick school was built the same year but was later replaced by a larger school built in 1863 at Eglinton and Birchmount, at which Alexander Muir , composer of ‘The Maple Leaf Forever’ once taught.

This area was known as Hough’s Corners and the school became known as the Hough School. Wexford youngsters had to walk almost two miles to attend either Ellesmere or Hough schools.

Like most early 19th century communities, a proper name was seldom used until a post office was established. In 1865, the community became officially known as Wexford when James McBeath opened a post office in his little store on the south side of Concession Road just east of the York-Scarborough Town Line.

While the railways certainly assisted in the development of certain communities, such as Agincourt and Scarborough Junction, the CPR line built through Wexford in 1887 appears to have had little impact. A small station was located at Wexford to provide for passenger and mail pick up but the station appears to have seen little activity and was not replaced after it was destroyed by fire in 1933.

Wexford became a sports centre in 1922 when an old airplane hangar was moved from Armour Heights to the northeast corner of the intersection. From then until the arena was gutted by fire in April 1951, thousands of youngsters began their hockey careers at Wexford. The building was the home of the original Wexford Hockey League.

Many of the landmarks of old Wexford have gone. Modern reminders of this small part of Scarborough’s history included the Wexford Hockey League, Wexford C.I. and Wexford Public School. As well, the churches St. Jude’s (1848) the oldest church building in Scarborough, Zion Wexford United Church (1876) and the name Wexford still remained. The area that was the old community of Wexford includes the modern communities of Wexford, Ionview and the Golden Mile.

Ionview is a neighbourhood in the Community of Scarborough, Ontario.

The neighbourhood is bounded by Birchmount Road to the west, the hydro transmission corridor north of Ranstone Gardens to the north, the CNR railway to the east, and Eglinton Avenue East, Kennedy Road and the CNR railway to the south. Portions of the area comprising modern Ionview were once contained in the former village of Wexford, founded in the 1840s, and Scarborough Junction, established in 1873. The area remained generally rural until the postwar housing boom of the 1940s and 1950s.

The name Ionview comes from the Ionson family, a prominent family which once owned and farmed the much of the land that now makes up this community.

The Taylor-Massey Creek, an eastern tributary of the Don River, flows through the Eglinton Ravine in the southwest portion of Ionview. Green space within the neighbourhood includes Eglinton Ravine Park, extending from Eglinton Avenue East to the railway, centrally located Ionview Park, and Jack Goodlad Community Park in the north.

The neighbourhood is well-connected to the rest of the city by public transit, served by the TTC’s 17 Birchmount, 34 Eglinton East, and 43 Kennedy bus routes. Kennedy station, the eastern terminus of the Bloor-Danforth subway and southern terminus of the Scarborough RT, is immediately south of Ionview.

Ionview is today contained within the federal and provincial riding of Scarborough Southwest. The Toronto Police Service’s 41 Division is based in the neighbourhood.

The community of Ellesmere was located at the crossroads of Kennedy Road and the 2nd Concession Road (Ellesmere Road). Many older citizens looking back to Scarborough’s Sesquicentennial in 1946 may recall Kennedy and Ellesmere as dirt roads leading past market gardens and dairy farms. Kennedy Road was named after the pioneer family who settled on boths sides of the road near Agincourt. Ellesmere Road was named after the quiet little village, Ellesmere, which was formally established with a post office in 1853.

The name was borrowed from Ellesmere, England which is situated near the border of Wales, just south of Liverpool.

When pioneer settlers first arrived in Scarborough, many of the Crown grants were held by individuals who did not live on the land but were willing to sell. Entire farms could be bought for the equivalent of $13. and folklore from the old village tells of one area pioneer who traded his riding boots for a hundred acre farm at Ellesmere. The land around what is now the intersection of Kennedy Road and Ellesmere was rich and fertile with large stands of virgin timber, mostly pine and maple. Three families share in the historical development of the community: the Forfars, Glendinnings and the Loveless families. All arrived in the 1820’s and built fieldstone homes on their 100 acre properties.

Archibald Glendinning built his home on the south west corner of the Kennedy /Ellesmere intersection. He established the community’s first store in the front room of the house, and later became Ellesmere’s first postmaster. His fieldstone home, believed to have been built about 1830 survived for more than 150 years.

The Forfars occupied the north east corner of the same intersection. They ran the village blacksmith shop and, with the help of James Ley, also became famous throught Ontario for their fine waggons, cutters and sleighs. Early in the 20th century, David Forfar operated a butcher shop at Ellesmere.

Robert Loveless acquired the north west corner of the village intersection and was instrumental in establishing the Free Methodist Church in a small white frame building near the intersection. The church was built in 1877 but the congregation relocated to Armadale a few years later. The Loveless family members were notable dairy farmers and, at different agricultural fairs, won many prizes for their cattle.

Ellesmere Village was the site of School Section # 5 and until a large frame school was built in 1871 on Ellesmere Road west of Kennedy, the school children of the area used a brick school which was built in 1848 at Ellesmere and Midland. What happened to the old brick school and why the community replaced a brick school with one of wood-frame construction are unknown. Fire is always a concern with wooden buildings and it was, perhaps, not surprising that the 1871 frame school was gutted by fire in 1946.

Ellesmere was also known for its recreational activities. All three pioneer Ellesmere families were well represented on the local sports clubs, including the Ellesmere Central Football club which won the Ontario Championships in 1890. In addition, the Ellesmere Brass Band and the Maple Leaf Curling Club called the Ellesmere Arena their home. The large wood -frame structure was first erected in 1878, collapsed in 1881, but was rebuilt two years later and survived until 1913 when the huge structure was dismantled and moved to the Agincourt Fair Grounds.

As with other small communities, Ellesmere began to decline after the second railway went through Agincourt in 1884. From the 19th century community of Ellesmere today’s communities of Dorset Park, part of Wexford, and Maryvale developed. All of the major 19th century structures have been demolished and only the name Ellesmere remains to remind us of the history of this quiet, crossroad community.

The area south of Lawrence north of the hydro corridor is known as McGregor Park and is often included as part of Dorset Park.

The area was formerly agricultural in nature, with the majority of the housing built in the 1950s.

Maryvale is a neighbourhood within the Wexford Community within Scarborough, Ontario Canada. It is located on the edge of Scarborough with its western border being Victoria Park Avenue. To the north it is bordered by Highway 401, to the east by Warden and to the south by the railroad tracks.

The area was first settled as farmland and the neighbourhood is named after the Maryvale farm that once covered part of the area. It was an early part of Scarborough to be developed, being turned into a new suburb in the early 1950s.

The most prominent heritage building in the community is the Metro store at Parkway Mall which has a distinctively curved roof, that was the largest wooden arch in Canada at the time of its construction. Originally built as a Grand Union store in 1958 it was declared a heritage building in 2009. 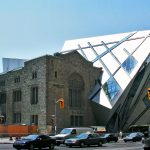 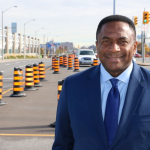 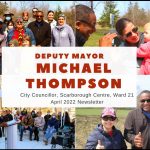 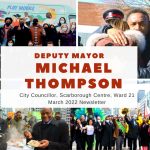 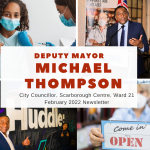